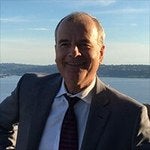 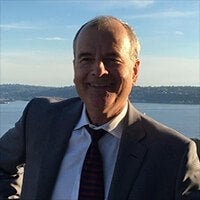 He has been practicing law for over 30 years and he has litigated a broad variety of cases in state and federal court. Over his career, he has handled a wide range of cases, ranging from maritime law and civil litigation to criminal defense and personal injury.

In 2006, Rob founded Silver Bay Seafoods, which is now the largest fisherman-owned seafood processing company in the United States. He also served as Silver Bay's general counsel for several years. Today he remains a managing partner, and runs the business and political sides of the company.

Rob also served as the executive director of Purse Seine Vessel Owners' Association (PSVOA) for over two decades, and he established it as one of the largest commercial fishing trade associations in the West Coast. During his time, he worked on many high-profile legislative, regulatory, and commercial fishing issues affecting the Alaska and West Coast fishing industry. At the same time, he managed PSVOA's maritime insurance defense practice.

Thank you for contacting Zuanich Law. We will get back to you within 24 hours.

Please complete all required fields below.

Contact us for a Case Review. We are available 24/7, including weekends and holidays.