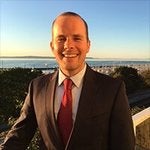 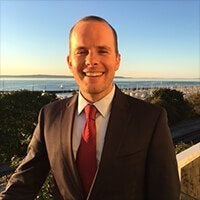 I am the managing partner of Zuanich Law.

I was born and raised in the Seattle area, graduating from Shorewood High School.  I spent over a decade living and working on the east coast, including Boston and Washington, D.C.  Today I live in the Ballard neighborhood with my wife and young son.

PSVOA is one of the largest commercial fishing organizations in the United States. As in-house counsel, I focused on maritime insurance defense, where I represented vessel owners in personal injury claims filed by injured crew members in state and federal courts in Washington and Alaska.

I prosecuted primarily DUI and domestic violence cases in Kirkland and Mercer Island. I handled dozens of jury trials and bench trials, and hundreds of criminal and civil motions.

I prosecuted serious felony and misdemeanor cases in juvenile, district, and superior courts, from motor vehicle homicides and firearms offenses to DUI's, domestic violence, and drug charges. I tried over 200 cases, including over 125 jury trials. By the end of my tenure, I was responsible for prosecuting the majority of all non-fatal firearms cases throughout the entire county.

As a pro tem judge, I have presided over thousands of cases, including criminal jury trials, criminal and civil motions, protection order cases, personal injury cases, and a wide range of other civil cases in district and municipal courts.

A pro tem judge is a substitute judge who fills in when a regularly elected judge is sick, on vacation, or attending conferences.

I serve as the primary legal advisor to the Brigade Commander (colonel) and the command staff. I advise the command on administrative separation actions and legal investigations. I also draft legal and ethical opinions and train soldiers and staff on relevant operational and administrative legal issues.

The mission of a MEB unit is to provide critical mission support to the main operational force during combat or civil affairs operations.

I served as the deputy legal advisor, advising the command on administrative separation actions and providing guidance during legal investigations.

I represented the government during administrative separation proceedings and served as the primary legal advisor to the Division Commander, who is typically a brigadier general.

Thank you for contacting Zuanich Law. We will get back to you within 24 hours.

Please complete all required fields below.

Contact us for a Case Review. We are available 24/7, including weekends and holidays.